Antarvedi Antarvedi is a village in the Sakhinetipalle mandal, or tehsil, located in the East Godavari district of the Andhra Pradesh state in India. The village is situated at the place where the Bay of Bengal and Vashista Godavari, a tributary of the Godavari River

In Kritayuga,Sage Sounaka and his colleagues gathered in Naimisaranya to coundut Satrayaga in the their Leisure time,they used to learn about distinguished and siginificant historical india Shrines from suta,a quaranic narrator.One day,they asked him to tell about the greatness and significance of Antarvedi Shrine and of Lord Lakshmi Narasimha.Suta was Pleased to tell the story which was once told by Lord Brahma to Sage Narada.

Once Narada asked Lord Brahma to tell about the historical back ground of the Antarvedi,Lord Brahma spoke as follows.

Sage Vasista after mingling the Goutam Branch of the river Godavari into the Sea established his ashram Lord Brahma, to get freed from the sins committed against Lord Sankara, performed Rudrayaga and installed Lord Neela Kantheswara there. As that Place was made a stage or ‘Vedik’.to perform the Yaga, it was named as “ANTARVEDI” It is the place beside the vasisthta river.

After some time, Raktavilochana, the son of Hiranyaksha, did tremendous penance for ten thousand years on the banks of the Vasishta river, to please Lord Siva and to get his Grace Lord Sanjara was very much please with his penance and appeared before him. He promised to bless him with Whatever he would desire.Raktavilochana asked him that the number of sand particles drenched by the blood drops failing from his body on to the ground at war,would produce equal number of Rakshasas as strong and vigorous as him self after and they would assist him at was and become one with him after Killing all the enemies. 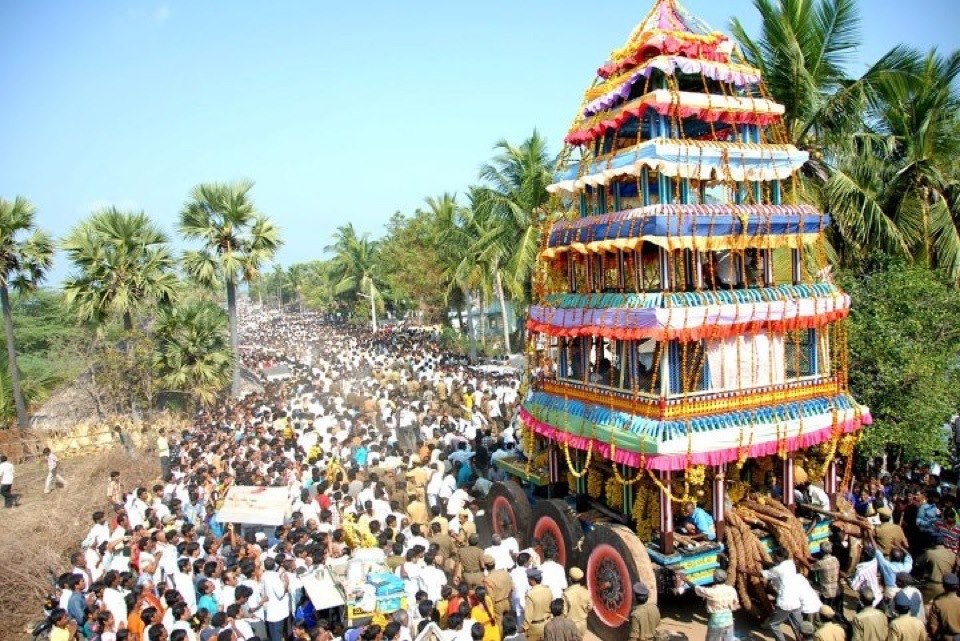 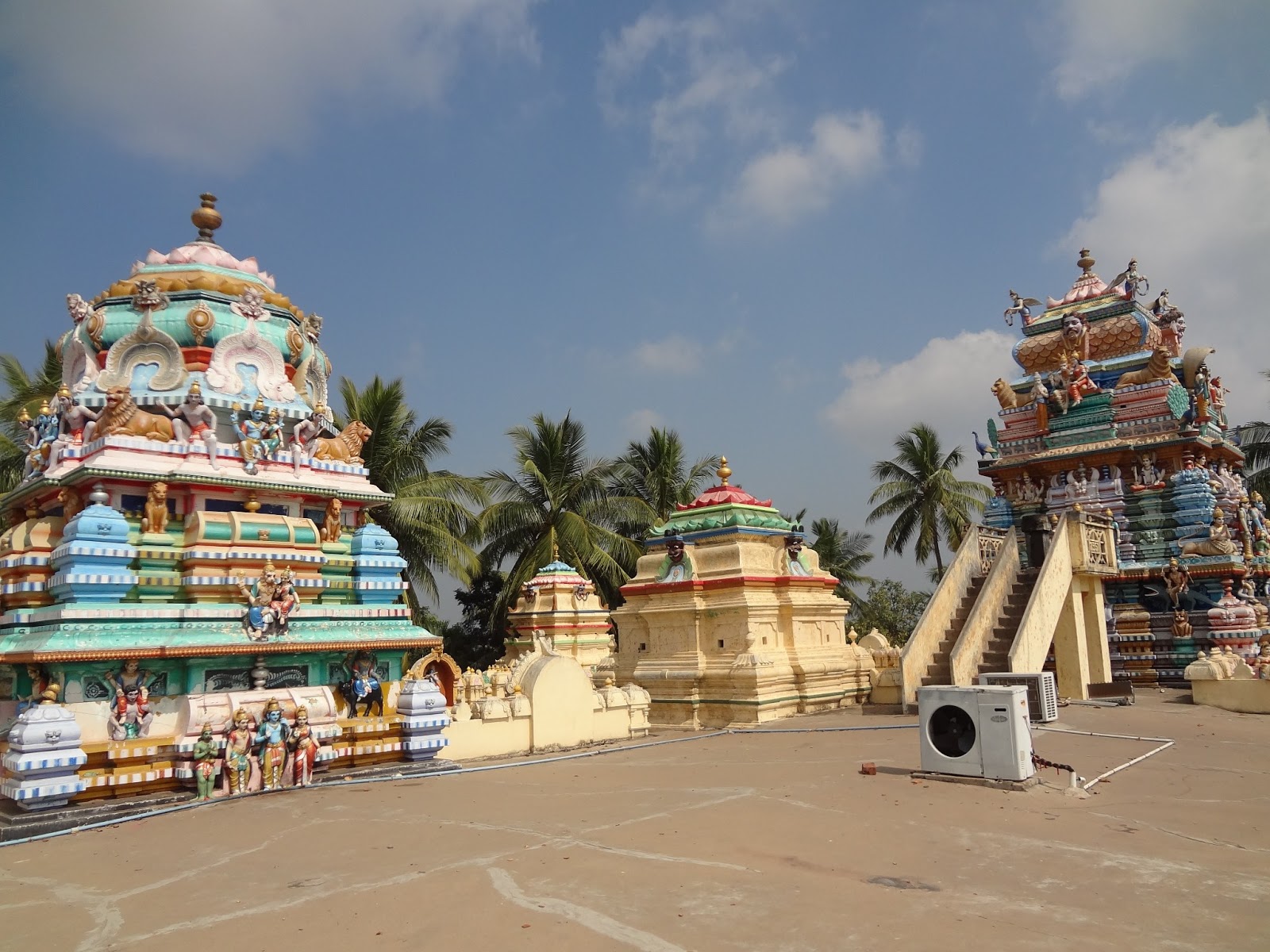 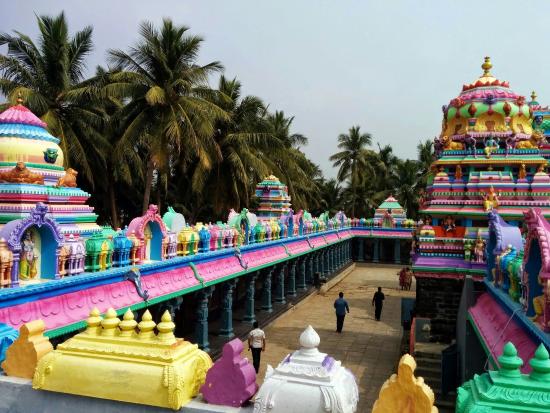 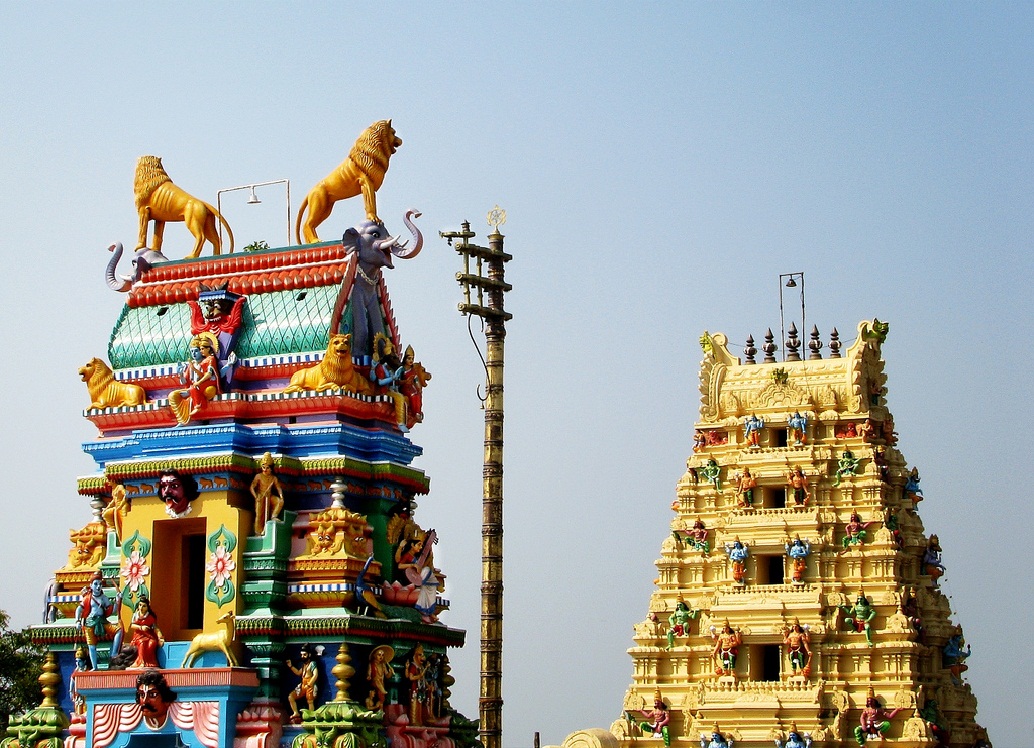