Annavaram Annavaram is a village situated on the banks of the pampa river in the East Godavari district of the Indian state of Andhra Pradesh.

Annavaram is one of the most famous Holy Shrines in India and enjoying second place after Tirupati in Andhra Pradesh. The temple is built in the Dravidian style. The glory and richness of Lord SATYADEVA was widely described in Revakhanda of Skandapuranam. The presiding deity Lord Satyadeva with his consort Sri Anantha Lakshmi on one Side and with Lord Siva on the other side took his abode on Ratnagiri, which is named after Ratnakara, son of Meru the king of holy mountains. Like in all Divyakshetrams as surrounded and followed by holy rivers, Sri Satyanarayana Swamy at Annavaram is also followed by sacred Pampa River touching the feet of the hill. Lord Satyadeva the god of truth is showering his eternal blessings on mankind in his beautiful manifested form of the DIVINE TRINITY namely Hari Hara Hiranya Garbha Thrimurtyatmaka. Hence this is the temple that is attracting the Pilgrims of both Vishanava and Saiva devotees and thousands of pilgrims from all over the Country are worshiping Lord Satyadeva every day forgetting all sectional differences.

Enriched by the installation of SRIMATHRIPATHVIBHUTI VYKHUNTA MAHA NARAYANA YANTRA, which plays a dominant and important role with the power of attraction of both money and men (Dhana Janakarsha). The Peetham of Swamyvaru is highly adorned with the installation of Panchayatana, befitting the glory and sanctity of the deity. 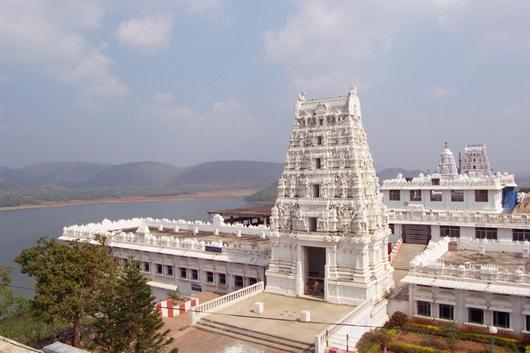 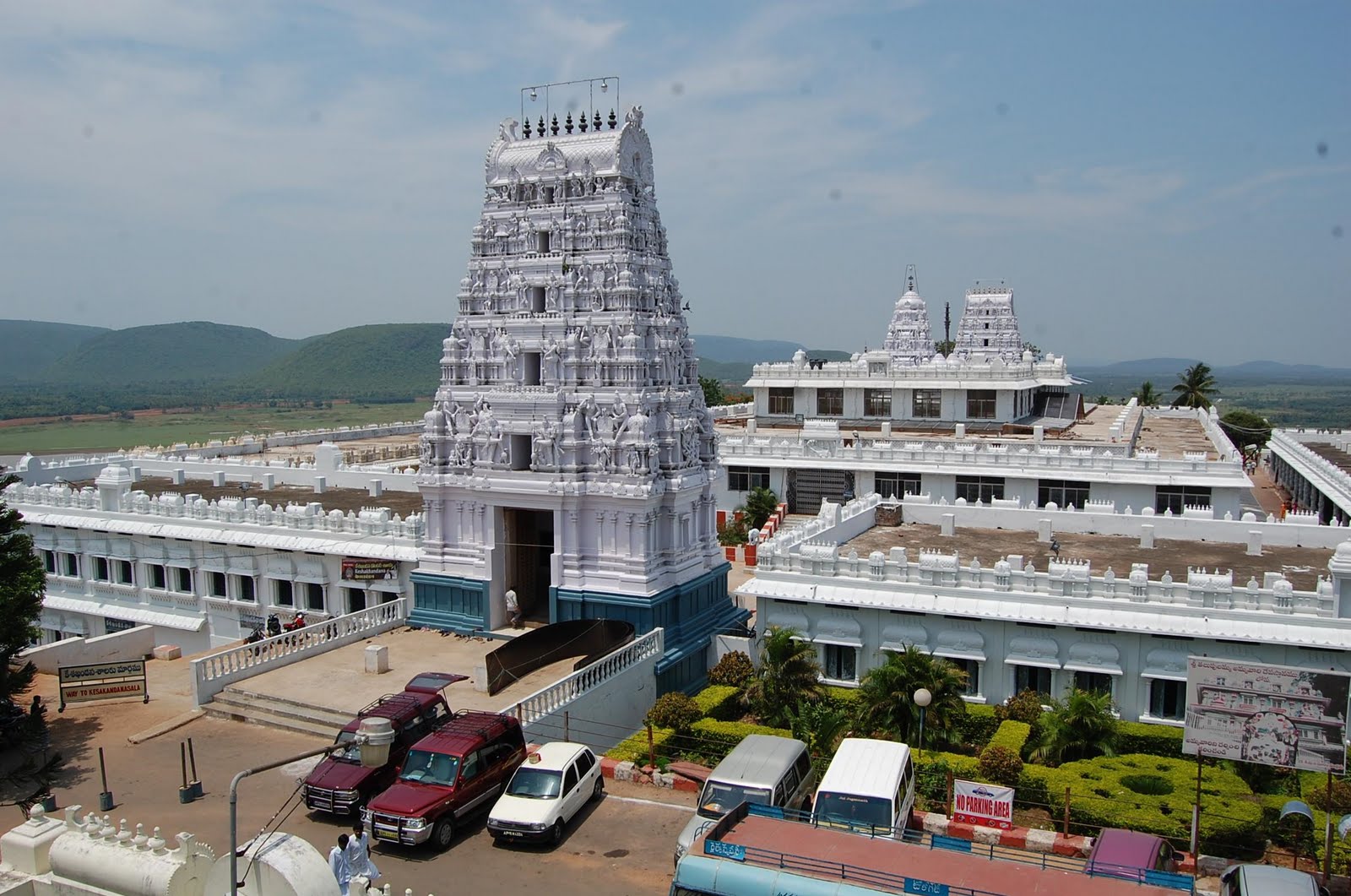 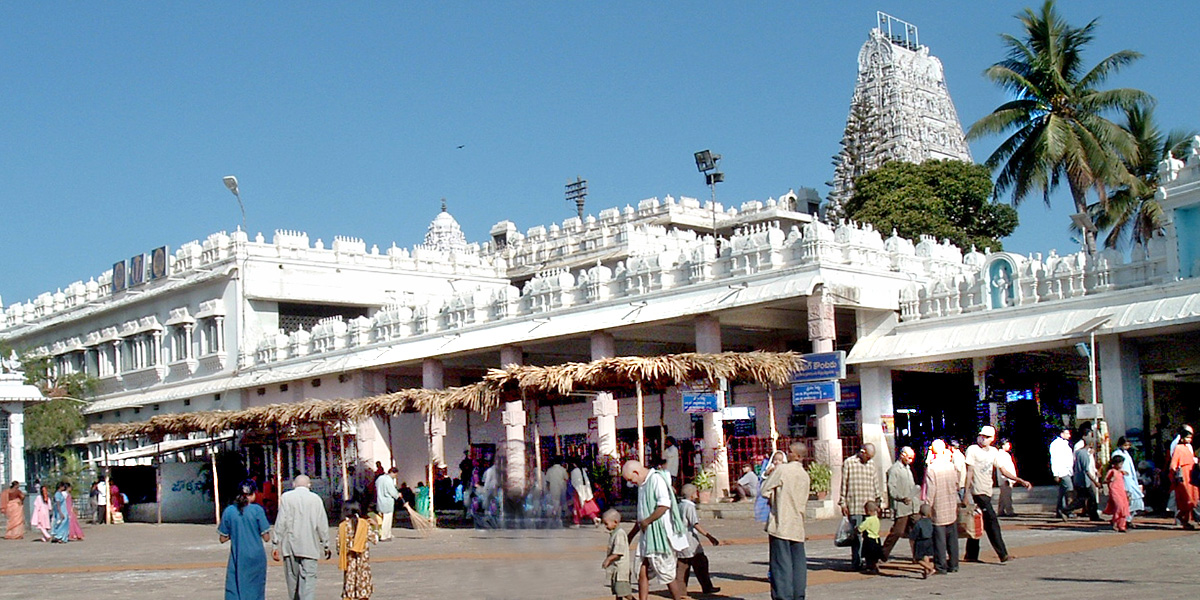 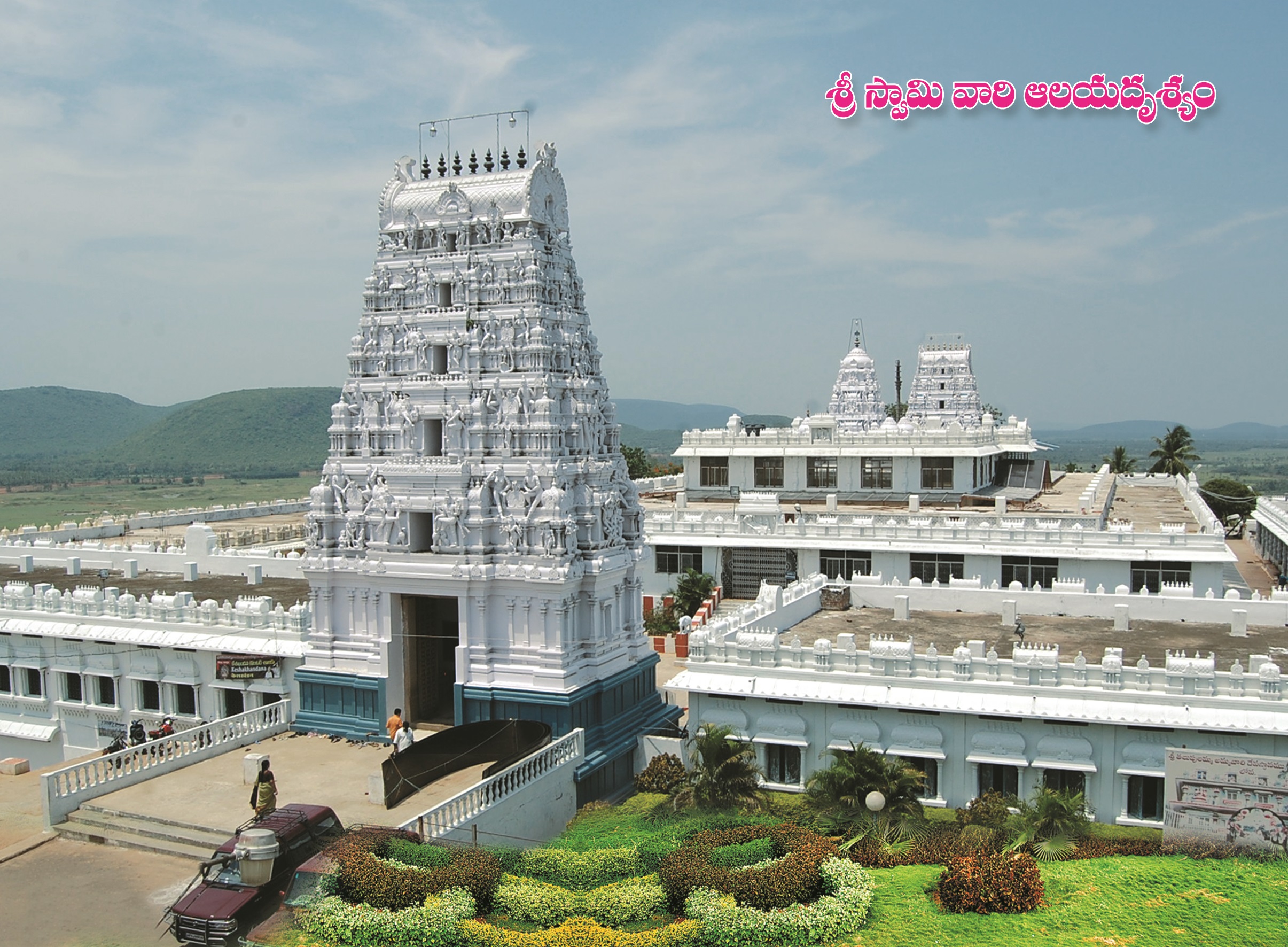