DOWLESWARAM Sir Arthur Cotton Museum was inaugurated by the Hon'ble Chief Minister of Andhra Pradesh Sri Nadamuri Tarakarama Rao on 25.2.1988 and the Museum is located in the building which was previously under the occupation of Executive Engineer, Godavari Head Works Division Dowleswaram. This museum was started with an intention to educate the people, how the great Engineer Sir Arthur Cotton during those olden days constructed the mighty anicut across Godavari river and converted the lands of East and West Godavari Districts as very fertile. The Museum also narrates the construction of present Sir Arthur Cotton Barrage constructed with the advance engineering skill.

Lot of Models collected from various places and projects were exhibited in the Museum to attract the visitors, and to make them understand various items connected to Irrigation works. An old anicut model true to its size together with 3 ft. falling shutters, rail track, and plough machine which was originally used for lifting shutters on the anicut. 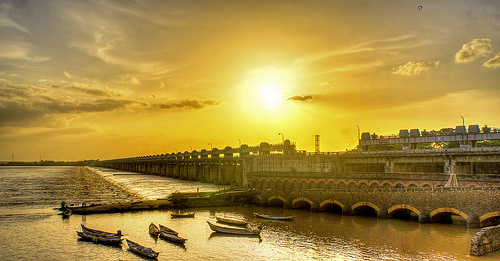